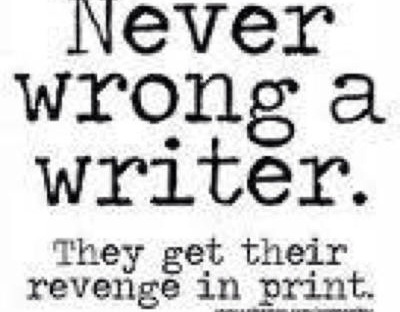 A friend once said to me, “Katie, it isn’t possible to let just a little evil into your life.”

My husband, Jack and I are proof of that, though try as we did. The checks and balances of what our life became had somehow transformed into a storm that I knew never intended on leaving any survivors, and casualties there were. Lives now broken, twisted and tangled in a pile of forgotten carnage by those who merely see what they want to see.

Yet life was hellbent to hold Jack and I accountable for the rules we had broken. The tax collector stepping out from the black and unforgiving plume of smoke and flames. The point of impact an unrecognizable landscape where once sat a normal home on a quiet street. So unsuspecting that had you asked anyone about the four bedroom, two car garage with a swimming pool in the backyard and matching bird house out front, they would have surely agreed, Jack and Katie Harlow were the couple next door.

We were anything but.

In fact the only poster we would have ever served to represent was the old idiom of “good” vs “evil”. Labels and truths that in the paradox of the game that was our marriage always felt interchangeable between Jack and I.

A confusing and paralyzingly strategy he played against me time and time again.

Blinding me from the truth of my truths allowing me to with ease assume, I was the worst of the worst and Jack deserved better.

Months would pass and our universe would shift and I would once more be convinced Jack Harlow had no soul and was capable of evils I had only seen in movies. And thus, the volley continued until we had both grown so tired of playing, for much different reasons of course that an end had to be decided upon.

The universe watched patiently while Jack and I played our much loved and loathed game of cat and mouse with each other until finally, there had to be a tipping of the scales.

It is that justice and her miracle that saved my soul and left me standing. However, the hows and the whys are still too much of a revelation for my slowly awakened eyes to see “it” for what it truly is. Perhaps, one day but not now.

For now, I realize as I am finally able for the first time in a year rest. I am overwhelmed in my confusion of the source that was my perceived despair. I am amazed at the ease in which I assigned guilt in the orchestration of the journey I have been on twenty-four hours a day for the past three hundred and sixty five days.

Days and nights spent literally pulling my badly beaten spirit with my young daughter in tow through the unforgiving and all consuming sands of my self-created purgatory.

It is only now, as I rest upon this unfamiliar shore, I can admit, that I am unsure of how I arrived. And although I am lost by all geographical or memory’s sense of the definition, I am brought to tears. Moved by the waves of my own gratitude, as they rush over me bringing to the surface the essence of me that survived, that piece of my shattered reality that knows. Knows the depth of the sea.